You are here: Home / Personal Evolution / Back When I Was a Murderer 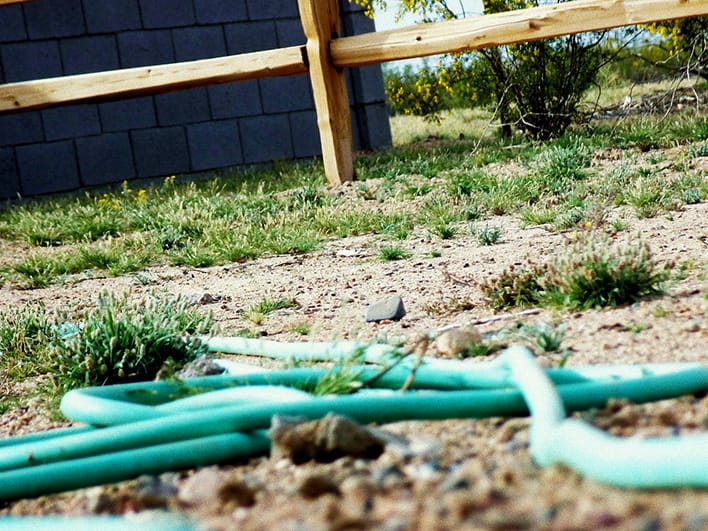 This must have been what it felt like to be God.  To have complete control. To end life on a whim.  I was nine years old when I experienced this power, and I wielded it to dreadful effect.

I don’t think I was evil, even though my actions were certainly cruel.  I was just a thoughtless child. Besides, I am reformed now, and I have made my recompense.  I hope I have done enough to make up for what I did.

It’s the little things in life

I have always had a fascination for smaller objects.  Even before I had my first model railroad, Matchbox cars traveled circuitous roads of sand past green Ertl tractors plowing fields between kochia weeds growing beneath the elm trees of the shelterbelt surrounding the family farm.  I always constructed a model farm and town, every Summer.  It was my own little world, to mold as I wished.  I spent countless hours laying out roads and building tiny structures and fences for my citizens to dwell and prosper.

The invisible farmers and townsfolk were not alone, however.  There was a threat which plagued them.  The predators were very real and notoriously invasive.  As the creator of the settlements, what choice did I have but to defend my invisible people?

Walls were built:  a stockade of twigs, trenches and earth berms.  This did nothing to slow the invaders.

I conscripted an army.  The soldiers were loyal to me.  They were green and plastic, entirely out of scale against the tiny cars, but my resources as their despot were limited.  The soldiers were disciplined and held their formations with a bravery that would earn their platoons countless  medals drawn using colored pencils.  Alas, my vast armies were ultimately impotent.  The invaders were not waylaid.

Things were getting out of hand, and drastic measures had to be taken.

If my soldiers could not stop the invasion, it was up to me to step in–and often, step on.

I literally squashed hundreds of those hoppers beneath my unforgiving soles.  As so often happens in a conflict in which the two sides lack understanding of one another, things became uglier and uglier.  Some of the grasshoppers lost their rear legs, plucked from them while they still lived.  They were forced to fight one another, gladiator style.

It was a dark time in my little world.  It would get darker.

I no longer waited for the invading hoppers to cross into my lands, electing instead to preempt their strikes by venturing well beyond the defined borders to seek them out wherever they were.  It became a grasshopper bloodlust, and my thirst for destruction knew no limits.  If they would invade my settlements, I would take the fight to them.  I hunted them down, without mercy.

It was on one of my genocidal expeditions into the wilderness that I found a massive fortress.  I became convinced that the ants who built the fortress were allies of the grasshoppers. The friend of my enemy must certainly be my enemy.

The ants were much better-organized, and much tougher to vanquish.  New tactics and weapons would need to be enlisted.

I borrowed all of the garden hoses my mother used to irrigate her vegetables, and I attached them to the hose I used to bring water to my chickens.  It was just enough of an aqueduct to deliver the devastating weapon of floodwaters to the ants’ nest.

I watched as the ants struggled to understand what was happening to them.  The biblical deluge rolled over their carefully-constructed structures, and swept them away by the thousands.  It was epic, the destruction. I felt jubilation in my victory over this enemy, guilty-by-association and thus damned to their fate.

So engrossed I was with my senseless, cruel warmongering, I did not notice that I was no longer alone.  Another, even more imposing deity had approached and was preparing to unleash her own wrath.

“Frank!  What the heck are you doing?” my Mom demanded.

I stammered out a pithy excuse.  Something to do with “bad ants”.

“What is wrong with you?  Why would you want to drown ants?”

I had no excuse.  Or at least, I had no excuse which would make sense to share with my mother.  Mothers just don’t understand war. Even my under-developed nine year old brain already knew that truth.

I have to give my Mom credit though.  What started as a dose of wrath quickly turned into an impromptu lesson in empathy.

Woah.  I had not thought of it in that way.  What if I would have been an ant? My nine year old world view had been turned on its ear.

I may have had empathy at that age for humans, probably for my dog Scooby, too.  I never considered lesser beings than that as anything other than, well, insignificant.

My mother’s remark might have been casual.  It might have simply been a segue for getting her odd son to stop wasting well water and to stop stealing her garden hoses.  Or maybe she was wisely maneuvering to derail what may have been a potential sociopath in the making.

I’m still not sure if my Mom new what an impact her lesson in empathy would have on me.  If she even remembers this incident from almost 30 years ago, she probably will tell me that it was all part of some grand, all-knowing strategy to mold me into the compassionate man that I am today.  (Note to self: along with her vivid imagination, maybe I inherited my egomania from my mother, too?)

Far-seeing or not, the effect of my sudden introduction to the concept of empathy was immediate and permanent.

I reflected on my actions (at least, as introspectively as a nine year old is capable of being), and I concluded that the ants were never my enemies.  I had committed an egregious horror by bringing my terrible weapon to bear upon that innocent community.  I could not rebuild their anthill, and I could not bring back the shriveled, miniscule ant bodies to life.  Those lost souls would remain so many tiny, black marks upon my own guilty conscience throughout my childhood and beyond.

I did attempt to make reparations.  The survivors rebuilt their damaged anthill in a few days, and upon it select table scraps of hot dogs and spare candy were offered as tribute. It brought me satisfaction to watch the ants whittle away at those pastel Smarties with their powerful, nearly microscopic jaws and then take the pieces of sugar down into their tunnels to process.  I gave so much of my hoarded candy stockpile away to the ants that I’m sure if I could find their offspring today, they would all be genetically predisposed to ant-diabetes.

Maybe in some ways, I am still making reparations for my brief childhood stint as a genocidal murderer. I’ve developed a deep empathy for animals, to the point where I know that I will never harm or kill an animal for sport.  When driving, I will practically hit the ditch rather than hit a pheasant.  Though I do I still eat meat and I accept the utility of consuming domesticated animals, provided they were treated with respect during their lives.

My actions towards animals today do not make me a good person though;  I am still working off that debt from thirty years ago.

As my wife and I explored our newly-acquired property this past Summer, my mind was alight with the possibilities.  Together, we dreamed about where we would plant fruit trees, where our house would be built someday, and where we would sow our vast vegetable gardens.

I have already located more than one anthill, and I predict that they will be treated particularly well. We are, after all, invaders in their lands.