You are here: Home / Personal Evolution / The one you’ll wish you had not read

WARNING:  the following story should not be consumed by readers with strong gag reflexes.  As a matter of fact, this story should probably not be read by anybody.

Don’t say I didn’t warn you.

I wish that I could tell you that this little tale is fiction.

I am just going to come right out and say it: the toilets installed in our skid shack at work are terrible.  They are classic failed designs in water conservation and they don’t flush worth a damn.  Usually, I flush two or three times when I use it, so it was not a surprise when I flushed this morning and the bowl refused to empty.  Allowing the prerequisite amount of time for the tank to refill so I could maximize the next attempt, I flushed a second time.

This time, the water rose, and then quickly began to cascade over the brim.

“Dammit!” I declared as my immediate analysis of the situation. 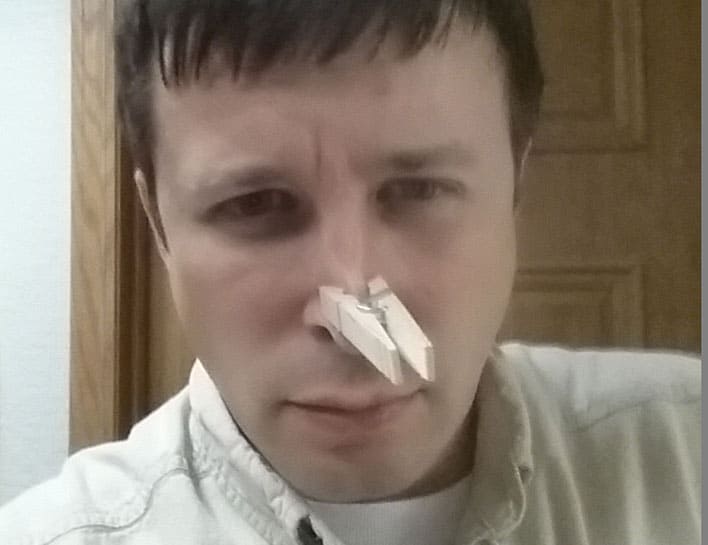 I grabbed for the plunger and submerged it, working the tool as though I was churning butter in a cesspool fountain.  No matter how aggressive I got with it, nothing was going down.

By this point, the bathroom became a shallow pool of filthy, raw sewage.  The off-level plane of the shack’s floor was a saving grace, since the putrid fluid gathered in a corner and did not seek out the bathroom door as escape.  That would have been bad, since it would have meant immersion in the bedroom carpet.

As the disgusting solution gurgled up the shower drain, it dawned on me that the blockage must be farther down the line, and I had a hunch as to its cause.

Trading my Crocs for rubber boots, I grabbed a flashlight and headed out into the predawn wind.  My suspicion was confirmed when I reached the exposed gravity-and-sump pump mechanism on the back side of our skid shack:  this blockage was no accident.

I believe that every job has dignity.  Anyone who is willing to sacrifice a bit of personal comfort to break a sweat en route to building a better life for themselves should be praised for their efforts.  Those who pump our sewer systems have an arguably shitty job (sorry, I could not help myself) but their duties are critical to maintaining a semblance of civilized life.

That said, I cannot help but observe that the operators of these septic pumping trucks are not always the most detail-oriented individuals.  They usually do their jobs well, most days.  Every once in a while though, these stewards of sewage leave little reminders of the power they wield by peeling back the veil between our world as creators of waste and their world as wizard-like removers of this material.

Illuminated by my flashlight, staring back at me was an example of how the septic crew reminds us of their reign from the top of the waste heap: a simple, foam plug inserted into the main sewer line, completely blocking the pipe.

I’m sure they have a valid reason for doing this; it’s not unreasonable to accept that they may not want the open sump pump to kick in while they are emptying the sewer tanks behind our shacks.  It’s not unreasonable, however, to expect that they would remove those plugs after their work was done.  At least a half dozen times in the past four years I have had the joy of sewer backups erupting (sometimes literally, such as today’s incident). All this delight because the septic pump worker forgot to remove the plug they placed in the sewer line before they left location.

The mess this creates can best be described as…epic sensory overload.

Mopping up the bathroom floor with my bath towels and dousing the surfaces with a bleach solution was not the most pleasant way to start the day.  Nothing quite says “Happy Monday!” before breakfast like getting down on hands and knees and wringing filth from the towels that–while of course will be washed thoroughly–I use to dry off after taking showers.  I am just neurotic enough to obsess about that the next time I pat-dry my face.  Lovely.

I have to tell myself that it could always be worse.  I could, for example, be pumping sewer tanks for a living.  I think if I had such a job as that, I probably would have to find creative ways of keeping myself amused. Maybe occasionally “forgetting” that I had blocked up someone’s sewer line would be an entertaining way to pass the time.