You are here: Home / Personal Evolution / Winning the Lottery, but at What Price? 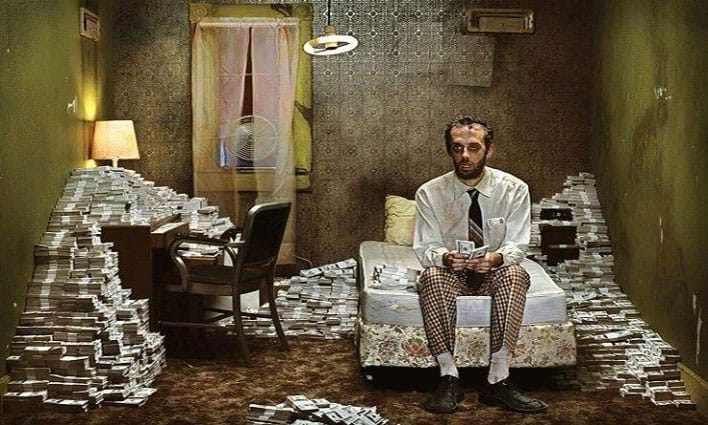 I remember distinctly the moment I realized that I possessed the power to win the lottery. All I needed to do was purchase a single ticket, and my accumulated quota of luck would be siphoned off in exchange for an immediate financial windfall.

The Powerball was at record numbers (something like $400 Million), and the headlines were tantalizing: just 48 hours until the winning number would be drawn. Everyone, it seemed, was picking up tickets at the local convenience stores, because “you can’t win if you don’t play.”

I know how crazy it sounds, but I tell you this with full sincerity: I know that if I bought a lottery ticket, I would win the lottery.  But I would win by abusing my good luck for materialistic gains.

At the point in time of the aforementioned jackpot, I was going through something of a transition between chapters in my life. I had reluctantly left the comfortable (but stressful) home-based business I built up over the course of eleven years, and pursued the much less civilized, unpredictable lifestyle of a contractor in the oilfield. My marriage of ten years ended just a few months after that, and I was left with debt exceeding six figures.

Yet, I flourished during that transition period.  The challenges of the new career and the volatile, unpredictable lifestyle forced me to step up my game.

A simple self-assessment tells me that I am already a lottery winner, just by blind virtue of when and where I was born.

When I discuss this with my RaeLea, she usually responds with a hint of incredulity. I cannot blame her for doing so!  After all, what manner of creature would make such a bold claim of prescience–and then pass it up?

“Who’s to say your luck would be exhausted if you won?”  She asks.

“It’s a hunch.  I don’t know, it just makes sense to me that when we earn karma, it should not be spent in such a way.”

“I am willing to take that chance,” she sometimes tells me.

I half jest: “That is why I am the one who is tasked with managing the luck in this relationship!”

It’s not as though I don’t appreciate money; I am an unapologetic capitalist, after all.  It’s also not that I didn’t believe that I could put such a windfall to good use, either.  I like to think that I would be sensible with my investments and that I would not allow my new fortune to become a misfortune.  But then again, isn’t that what every lottery winner believes?

Regardless, I will never confirm this admittedly wild thesis I have; I will never prove that this mystical belief I have shared with you today is actually real or simply the machinations of my overactive imagination.  To confirm this would mean purchasing a lottery ticket and I have too much to lose and comparatively little to gain by doing that.

I won’t squander my karma, and I won’t deplete my good luck because I would miss it when it is gone.

What about you?  If you believed that you would win a $400 Million dollar lottery, but that in so doing your karma might be damaged, would you purchase a lottery ticket anyway?